This page documents how to start using ChromeDriver for testing your website on desktop (Windows/Mac/Linux).

In windows, it’s quite easy to download and specify the path in the program but in MAC we have to keep all the driver in a specific folder and then Selenium will start the execution directly. First step- Download the drivers for MAC Download link  http://chromedriver.storage.googleapis.com/index.html?path=2.23/.

Follow these steps to setup your tests for running with ChromeDriver:

ChromeDriver expects you to have Chrome installed in the default location for your platform. You can also force ChromeDriver to use a custom location by setting a special capability.

Any of these steps should do the trick:

The ChromeDriver class starts the ChromeDriver server process at creation and terminates it when quit is called. This can waste a significant amount of time for large test suites where a ChromeDriver instance is created per test. There are two options to remedy this:

1. Use the ChromeDriverService. This is available for most languages and allows you to start/stop the ChromeDriver server yourself. See here for a Java example (with JUnit 4):

2. Start the ChromeDriver server separately before running your tests, and connect to it using the Remote WebDriver. 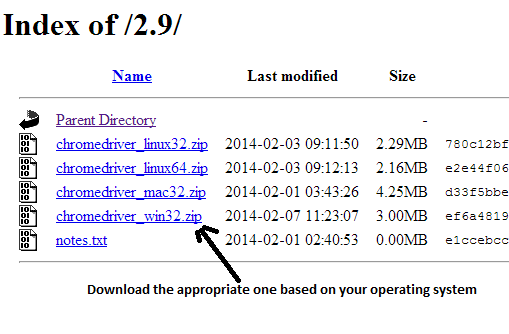